We have spent several decades building up what is currently referred to as BIG healthcare. It is a $3 trillion dollar industry and growing. We can do better and must do better.

We have spent several decades building up what is currently referred to as BIG healthcare. It is a $3 trillion dollar industry and growing. There is little debate that this level of commitment is economically unsustainable as it makes up 16% of the GDP and yields far less in terms of healthy outcomes. We spend far more than any other nation yet are ranked in the middle for overall health of a population. We can do better and must do better. 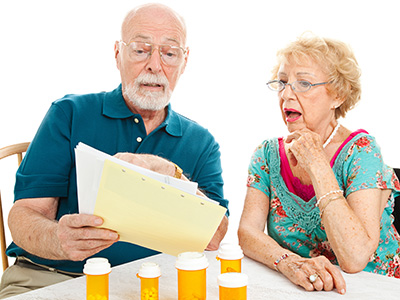 So why aren’t we? Follow the money…. For decades, since post WWII, we have built up the hospital and insurance industries. In the 1950’s the government subsidized the growth of hospitals, followed closely by the introduction of healthcare insurance, which grew in popularity by unions and employers as benefits to retain loyalty. Unfortunately, these two forces collided to create what is today a healthcare industry of overruns with little to no accountability. Hospitals with the labor pool to support them, closely followed by the sub-specialization of medicine, have driven the costs into an uncontrolled stratosphere. With hyper-inflated premiums, insurance companies have demonstrated they have little motivation to drive down top-line revenue caused by inflated healthcare premiums. As an insurance company, they are not properly incentivized to reduce premium and just as important, have limited to no medical experience to understand how to create accountable healthcare models.

So how, what and who can we install to change this difficult and complex dynamic? Again, follow the money….. its not the BIGs…. It’s the SMALLS…. The neglected and overworked mule in healthcare….the primary care physician. Think about it, while the BIGs were building up revenues with protective cultures, primary care was left holding the fort, seeing thousands of patients for little hope of economic reward. In fact, while all monetary resources continued to be swept into the big programs, big data and big infrastructures, primary care reimbursement was decreased and work loads were increased. Insurance companies ignored their detrimental impact on primary care. Instead, they began to demand more and more from primary care as a funnel of medical record information to a corporate residence for oversight and review from afar. Now after a decade of destruction, insurance is forging new alliances with primary care to co-develop accountability systems of healthcare, in hopes primary care will be a solution by returning management responsibility to those who were best positioned to manage populations of people for decades.

The problem…continued control of the primary care physician. While primary care has been increasingly busy having to see more patients to make up for declining reimbursement and being overwhelmed with paperwork from the BIGs, we have had little time or resources to organize and be the true driver of accountability. Mean time, the BIGs, mostly hospitals, have been buying up primary care at an unprecedented rate to “protect” old strategies, cultures and capital investments from days gone by. Don’t be confused, old cultures died very hard and need to be maintained, especially those so deeply rooted in another model, an old model.

Primary care has historically had nothing to gain from hospitals, their specialists and surgeons; nor, insurance companies. In fact, we have been reduced to the brink of insignificance, just seen as a referrer into the BIG hospital systems and a paper pusher for insurance.

So what is the solution…. Primary care must stay independent and organize. Both Medicare and insurance companies have identified primary care as best positioned to lead and drive the correction to runaway inflation and “pivot” healthcare into accountability; rightfully, aligning incentives without compromise or coercion protecting old loyalties to the BIGs.

It starts locally and it doesn’t have to be BIG, but it must be focused and determined. With independent primary care in the lead, we can shape healthcare into the new future. Because we are not encumbered by old culture and strategy and aging slothful ambitions, we are free to form new methods without fear.

Independent primary care is free…if not vested in the bricks and mortar. Independent primary care may scan the marketplace for best practices without feeling pressured to refer to a local hospital or group of doctors. But most importantly, we can give our patients what they want…. Someone to look after them across the continuum of care… knowledgeable about downstream physicians and hospitals, connected to the patient, connected to providers to correct the fragmentation inherent in the “silo” world of healthcare.

After all, we are the physicians most in touch with all the needs of our patients. That is our training and that is our mission. Together we will correct this system and bring healthcare back into accountability with demonstrated value and information to our patients.